Instagram has become a top contender as one of the most popular social media platforms in 2015. Next month marks Instagram’s 5th anniversary since it was first launched in 2010, and in those 5 years has managed to reach 300 million active users per month.

Instagram is a photo sharing social networking service that allows users to share pictures with others. Users have the option to set their profile to private if they don’t want the world to see their pictures, however most users are more than happy to share their pictures with others who have similar interests outside of their circle of friends. Photos can be easily searched by adding descriptive hashtags to each image. Because of this, many businesses have turned to this popular social media platform to reach and engage their audience.

Recently Instagram has made a few changes to its app that has improved user experience. Last month they announced that they would no longer be restricting posts to square images. You now have the option to post both portrait and landscape images and videos. While square images has been an acceptable Instagram format for years, they realised that people were being cut out of pictures and some images were losing their overall effectiveness due to being cropped. Recently it was possible to use other apps to edit images beforehand by creating a white border, which then allowed users to post landscape images to Instagram, now this is no longer needed, making it even faster to share pictures.

Instagram has also just announced improvements to the direct messaging feature that allows users to post images directly to specific people, rather than everyone who follows them. Users can now name their groups and share their private images with each other even faster than before. Replying to each other is also easier now as the conversations will be kept in one thread rather than having to create a new message each time.

These simple new changes have been welcomed by the Instagram community, and we look forward to what is install for them in the next 5 years as they continue to grow. 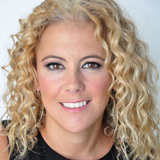